getTV, "Where America Celebrates Christmas," Kicks Off Its Annual "Most Wonderful Month Of The Year" Holiday Programming Campaign Beginning Thanksgiving Weekend, Including The Network's Second Original Special, "The Soul & Spirit Of Christmas," Premiering 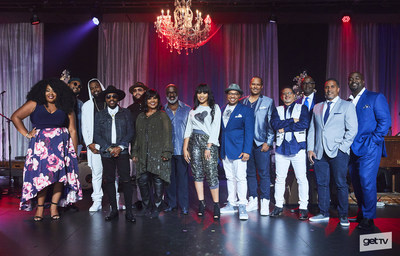 Jeff Meier, getTV's SVP Programming and General Manager said, "Following our success last year with our first original special, we were thrilled to return to Nashville for "The Soul & Spirit of Christmas" and this amazing lineup of musical talent. Our entire holiday schedule is full of treats the whole family will enjoy, including a reprise of last year's original special 'A Nashville Christmas,' along with TV movies, specials and series episodes featuring some of the all-time greatest stars from the worlds of music, comedy and drama."

Among the other highlights of this year's holiday programming on getTV, which begins Thanksgiving Day and runs through New Year's Day, are:

getTV's full holiday schedule is available HERE and at get.tv