NEW YORK, Jan. 10, 2017 /PRNewswire/ -- Sony Music Masterworks is pleased to announce the signing of alternative folk-rock band The Accidentals. Named one of Yahoo Music's Top 10 Bands to Watch in 2017, the genre-melding indie group will release their major label debut in the spring, supported by a national tour. 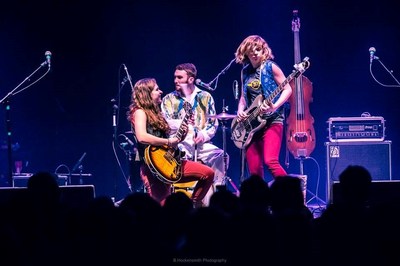 The Accidentals chose Sony Music Masterworks for worldwide distribution of the new album, in part, due to "the longevity of Masterworks' artists as career musicians" and the label's ability "to support the bands' diversity as composers, arrangers, producers and authors."

"We feel like we can be truly who we are and they appreciate the honesty," Katie said of Sony Music Masterworks.  Sav called it "a family of like-minded music nerds that gets us and our music, and wants to support that authentically."