Jean-Michel Jarre To Bring His 'Electronica' World Tour To North America This Spring Including Stops At Radio City Music Hall In New York City, Microsoft Theater In Los Angeles And The Greek In Berkeley, Ca

NEW YORK, Jan. 23, 2017 /PRNewswire/ -- Current Grammy-nominated artist and French electronic music composer and producer JEAN-MICHEL JARRE's reputation for the spectacular is unmatched, having been one of the first artists in the world to perform electronic music as we know it today.  Today (1/23), it has been announced he will bring his 'Electronica' World Tour to North America, marking his first-time tour here. Tickets go on sale this Friday, January 27.  Pre-order the physical edition of his most recent release Oxygene 3  due out March 24 here http://smarturl.it/JMJ_Oxygene3 and get presale access for the North American Tour Wednesday, January 25 at 10 am local through Thursday, January 26 at 10 pm local. 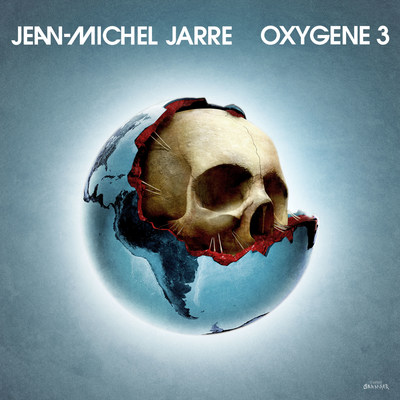 Today's announced dates--which kick off May 9 at the Sony Center for Performing Arts in Toronto, Canada--mark JARRE's first-ever proper North American trek.  Expect JARRE to bring his critically-acclaimed live show--which blazed across the European continent last year, to high-acclaim--to many hallmark venues on this continent including Radio City Music Hall in New York City, Bell Centre in Montreal, The Greek in Berkeley, Microsoft Theater in Los Angeles and more.  All dates follow below.

Famed for staggering visuals and the use of cutting-edge digital technology, which has been seen by millions of people around the world, JARRE's new live show promises yet again to be a truly immersive musical journey. He'll showcase brand new music from his two-part LP ELECTRONICA and most recent release OXYGENE 3, alongside classic material from milestone albums such as Oxygene and Equinoxe.  View a video here of JARRE performing his signature laser harp "The Time Machine," the title track of his current Grammy-nominated album ("Best Dance/Electronic Album"), ELECTRONICA 1: THE TIME MACHINE: https://youtu.be/DnAfXK-hft8

With his renowned city-scale concerts, JEAN-MICHEL JARRE has set Guinness World records across the globe, including: His memorable one-off city-scale concert in Houston in 1986 for NASA's 25th Anniversary and in a moving commemoration of the Challenger Mission to which over 1.3 million people gathered to share this groundbreaking show at the foot of Houston's skyline; an audience of 2.5 million in front of La Défense skyline, Paris; and going on to break his very own record in Moscow, when he played to over 3.5 million people for the city's 850th anniversary.

In late 2016, JARRE unveiled digitally via Sony Music International the final chapter of his OXYGENE trilogy with OXYGENE 3. The album will now be available in physical format in the U.S. as of March 24 in advance of his 'Electronica' World Tour.  40 years on from the release of his groundbreaking first OXYGENE album and 20 years on from its sequel--JARRE completed the trilogy with seven new original compositions, titled OXYGENE parts 14-20, to cap off a trailblazing four decades in music.  "Oxygène 3 has its place within electronic music's history," shared Consequence of Sound while Observer called it "superlative." Billboard adds, "…If you're looking for something to get you through the working hours or moments of reflection, put this beast on from beginning to end and watch the productivity and creativity explode."  Take a listen here.

Prior to his tour, JEAN-MICHEL JARRE travels to Los Angeles for an appearance at NAMM, Wednesday, January 18 and will return again in February to Los Angeles to attend the 59th Annual Grammy Awards Ceremony where his album ELECTRONICA 1: THE TIME MACHINE (Ultra Music) is nominated for "Best Dance/Electronic Album."  The first of a two-part album, it features a true who's-who list of collaborators (Pete Townshend, Moby, Tangerine Dream, etc) and was conceived with JARRE's wish to encompass the last few decades of electronic music into one mesmerizing LP.

"Jarre is in the business of stimulation and spectacle, and he is excellent at both." – The Guardian

"...an ornate and luxuriant tribute to the analogue tones of vintage synthesisers" -- Financial Times

"This purposefully sense-boggling show would go down a storm at a festival or dance event."  - The Arts Desk

About JEAN-MICHEL JARRE:
JEAN-MICHEL JARRE has been one of the pioneering forces throughout the electronic music scene over the last four decades, having originally made his name in the 1970s for his critically acclaimed album OXYGENE. OXYGENE was unmistakably a catalyst that set electronic music well on its way to becoming the behemoth that it is today, with JEAN-MICHEL's music and follow through albums (Equinoxe, Magnetic Fields, RendezVous, Chronology) breaking down boundaries of composing and production paving the path for what has become today the most popular genre of music of all time.  With over 80 million albums sold worldwide to date, musicians and contemporary DJs often refer to JARRE's influence and innovation, not only for his music but also for his singular vision and creation of outdoor concerts experience.  JEAN-MICHEL JARRE's legendary concerts have attracted Guinness Record-breaking audiences, with his live shows, often, if not always, taking place in some of the most extraordinary settings worldwide. He was the first western musician ever to be invited to perform in post-Mao China, and has also played the likes of the Great Pyramids in Egypt, The Sahara Desert and The Eiffel Tower, in addition to perhaps his most famous performance ever, where he played to a record 3.5 million people in Moscow. All in all, JARRE has held Guinness World Records for the largest live audiences over the continents not withstanding his memorable one-off city-scale concert in Houston in 1986 for NASA's 25th Anniversary and in a moving commemoration of the Challenger Mission to which over 1.3 million people gathered to share this groundbreaking show at the foot of Houston's skyline http://bit.ly/2kkqeff.

JEAN-MICHEL JARRE is synonymous with the legendary as he continues to break new ground with each piece of music and live performance.