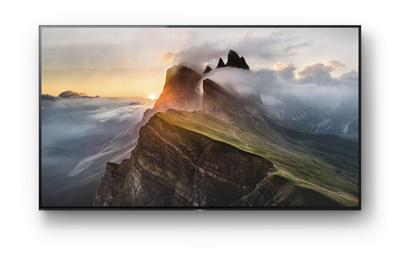 Sony was first to bring OLED to the market in 2007 with the XEL-1, an 11-inch TV display that was an outstanding achievement for its time. Sony has continued manufacturing award winning OLED displays for professional broadcast and video production. Sony's professional OLED displays are used for editing, dallies review, graphics generation, special effects, as well as for broadcast and cinematic production. Sony Professional OLED Master Monitors have won a Scientific and Engineering Academy Award® as well as a Technical Emmy Award for Outstanding Innovation in Engineering Development.

"With over 10 years of OLED experience Sony is pleased to introduce the BRAVIA OLED 4K HDR TV, its first large screen consumer OLED television," said Kevin Brinkman, Director of Product Marketing, TV and Projectors, North America. "Our long experience with OLED technology, together with the new 4K HDR Processor X1 Extreme, meant that this was the right time to return to the consumer OLED market. The A1E features a powerful mix of our exclusive image processing with a striking new design concept that is sure to make an impression in anyone's home."

First Implementation of Acoustic Surface Sound Technology
Taking advantage of the OLED's backlight-less structure, Sony developed a new Acoustic Surface sound technology which emits superior, powerful sound from the screen itself. Thanks to the ingenious design, the entire screen resonates with rich sound, enabling a unification of picture and audio unattainable by conventional TVs. Unlike conventional LED where the sound emanates from the bottom or sides, the A1E enables a fusion of image and sound, with voices appearing to come directly from the characters speaking and explosions coming directly from the screen. Additionally, the Acoustic Surface technology produces a wide sound and image synchronization from all angles, even off to the sides. Together with OLED's exceptionally wide viewing angle, the A1E series offers unmatched visual and aural experience regardless of viewing position or angle.

Unique Design
The Acoustic Surface technology makes possible the edge-to-edge design of the A1E series by doing away with conventional speakers usually located to the sides or below the TV. The A1E's design eliminates any visible stand or speakers, leaving nothing to distract from the superior image. The result is a unique form factor with no distraction from the picture. The easel support conceals a powerful sub-woofer and cable management system which can be folded in, against the TV, for wall mounting. 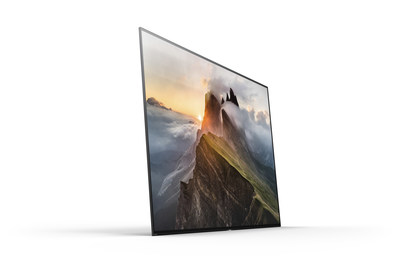 Powered by Android™ TV
These new BRAVIA OLED 4K HDR TVs are powered by Android TV which brings movies, TV shows and thousands of apps into the home, making it easy to watch broadcast and cable TV, download entertainment, and play Android games directly on your television. TV lovers can enjoy hit shows and timeless movies from Google Play™, Amazon Video, YouTube, Netflix, and others, including 4K HDR movies streamed directly to their TVs with the ULTRA app from Sony Pictures Home Entertainment.ii And PlayStation™ Vue, the Internet-based live TV streaming service gives consumers the option to watch their favorite live TV, movies and sports content without a cable or satellite subscription and without any recording conflicts.

Google Assistant Built-in
With the Google Assistant built-in, users can quickly access entertainment, get answers and control devices around their home. It's also easy to find the latest blockbuster, check the score of the big game or dim the lights. To get started, just press the mic button on the remote. 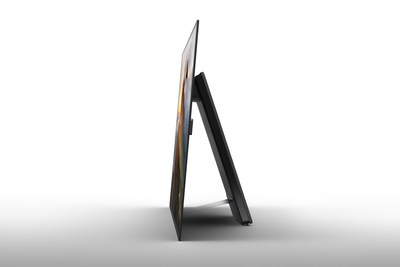 The 55" and 65" class televisions are now available for pre-sale from Amazon, Best Buy and other authorized dealers nationwide and will be available in stores beginning in April 2017.

i To be added via firmware update by the end of the year.
ii Network services, content, and the operating system and software of this Product may be subject to individual terms and conditions and changed, interrupted or discontinued at any time and may require fees, registration and credit card information.
iii For a limited time. Terms and conditions by Google Inc. apply. Android TV, Google Play and other marks are trademarks of Google Inc.