NEW YORK, March 28, 2017 /PRNewswire/ -- There are countless reasons why Rob Halford is known worldwide as "The Metal God." But at the top of the list would be his pioneering singing style, songwriting talents, and a fashion sense that has inspired countless heavy metal artists over the years. 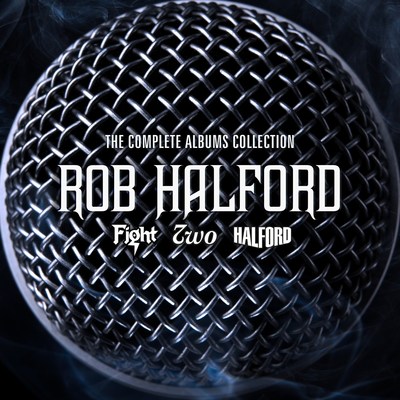 And in addition to co-creating Judas Priest's outstanding body of work, he has also issued music outside of the beloved legendary Birmingham band - which is precisely what the new 14-CD boxset, The Complete Albums Collection, showcases (which arrives May 19th via Legacy Recordings).

Included are four albums by the ferociously thrash-inspired Fight, as well as the lone album by the industrial-inspired 2wo (which featured guitarist John 5, and saw Nine Inch Nails' Trent Reznor serve as executive producer), plus 7 titles from the solo band Halford, which saw the Metal God gloriously return to pure, unadulterated metal.

A complete listing of the titles included in The Complete Albums Collection are:

With the arrival of The Complete Albums Collection, metal fans will now have the definitive collection of Rob Halford's stellar work outside of the mighty Judas Priest, all in one set.