NEW YORK, July 14, 2017 /PRNewswire/ -- The Lone Bellow have announced their third studio album, Walk Into A Storm will be released on September 15th on Descendant Records/Sony Music Masterworks. The album was produced by Dave Cobb (Chris Stapleton, Sturgill Simpson, Jason Isbell) and recorded in Nashville, TN. The first single, "Time's Always Leaving" is currently the #1 most added track at Triple A radio. "'Time's Always Leaving' leans heavily into the rootsy, big-hearted warmth that has made The Lone Bellow one of the most sure-footed crowd-pleasers in the business," said NPR. Today, Walk Into A Storm is available for pre-order via iTunes, Amazon and Apple Music. 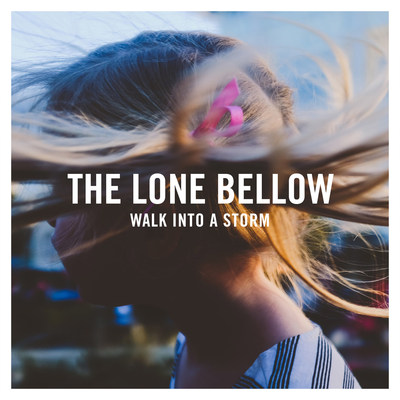 The Lone Bellow will hit the road in support of their new album beginning September 21st with Central Park's Summerstage supporting The Head and The Heart. Highlights include a performance at Toronto's Opera House, Chicago's Thalia Hall and Washington DC's 9:30 Club. All November tour dates will be supported by The Wild Reeds.

It's been three years since the band's victorious, Then Came The Morning was released. The album was produced by The National's Aaron Dessner and nominated for an Americana Music Award. The Lone Bellow appeared on Kimmel, Letterman, Conan, CBS This Morning, Later...with Jools Holland and James Corden in support of the album. In the years since the release the band left their beloved adopted home of Brooklyn and moved to Nashville, TN.

#Supporting The Head And The Heart
*w/ The Wild Reeds