The store, launched today at https://Certified.lnk.to/store, will offer brand-new pressings of classic albums and hard-to-find material—including many color vinyl variants available nowhere else.

The first wave of web-exclusive vinyl releases are:

Aaliyah, Age Ain't Nothing But a Number (Blue Vinyl) – Released in 1994, Aaliyah's breakthrough debut album, produced by R. Kelly, featured the Top 10 hits "Back & Forth" and "At Your Best (You Are Love)," a cover of The Isley Brothers' classic ballad.

In just a year's time, Certified has built a solid following with an emphasis on preserving the culture and keeping the flow of hip-hop, soul, funk and reggae alive, through high-quality physical and digital music products and engaging classic content via social media. Reaching millions of fans around the world every month, Certified's Facebook, Twitter and Instagram profiles boast an impressive 256,000 combined likes and followers, churning out a steady stream of playlists, photos, unique video content and trivia.

"Certified reminds us that true music defies time and space," Grammy Award-winning artist Wyclef Jean said of Certified's work. "The classics will always live through generations. Certified preserves the culture and makes sure that classic music is forever new."

Certified continues to expand its horizons, offering vinyl and apparel at a special pop-up shop during ESSENCE Festival 2017 this past June. Hip-hop icon Common and emerging R&B star Ro James surprised fans with special appearances at the pop-up shop. The pop-up shop will reappear at AFROPUNK FEST in Brooklyn, New York on August 26 and 27.

Certified also recently joined forces with Wyclef Jean to commemorate 20 years of The Carnival. On September 15, Certified will partner in the release of Carnival III: The Fall and Rise of a Refugee, the latest volume in Wyclef Jean's Carnival series, with an exclusive red vinyl variant of the album sold exclusively on Certified's web store.

About Certified Classics
Certified Classics is Legacy Recordings' home for the celebration of Sony Music's Hip-Hop and R&B catalog. With artists like The Fugees, Maxwell, Nas, A Tribe Quest, Xscape, Aaliyah and many more, Certified aims to pay homage to the legendary innovators of Hip-Hop and R&B by preserving, curating and reissuing repertoire from the 1980s through the early 2000s.

Launched in 2016, Certified creates opportunities to discuss, revisit, and renew interest in a genre that shaped an entire culture, making the leap from a grassroots form of expression to a mainstream juggernaut with staying power. Certified provides contemporary music fans access to rare and unreleased albums, singles, remixes, photos and video footage from iconic labels that have come through the Sony label system such as Jive, Loud, Ruffhouse, J Records, Arista, LaFace, So So Def, Profile, RCA Records, Epic, and Columbia—all in an effort to tell stories that help illustrate the impact R&B and Hip-Hop have made on music and the world. 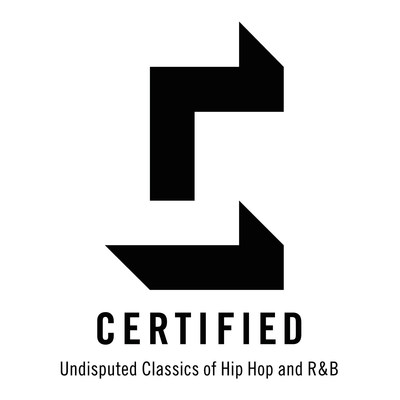