"Lost in Music" Brand Campaign to start in January 2018 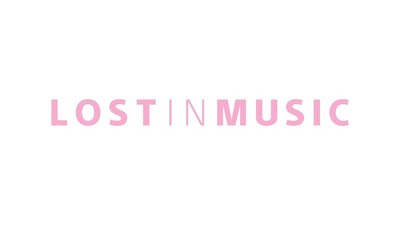 The "Lost in Music" campaign will roll out with a two-day live event, kicking off with Khalid in Los Angeles, CA, on January 19th, 2018.

The concert events will be held at the LA Hangar in Los Angeles.  The Lost in Music experience will enable fans to immerse themselves in music, enabled by the unique combination of music and Sony's spatial audio technology, which can create space where sounds are virtually moving around.  Upon arriving at the event, attendees will discover what it is like to be enveloped in sound as they walk through a specially designed entrance tunnel called the Acoustic Vessel "Odyssey."  The experience will feature 576 speakers, which create an unprecedented experience where sound field synthesis technology allows guests to follow various sounds as they move around them in the Acoustic Vessel "Odyssey."  Once they have travelled through "Odyssey" they will arrive at "Dreamscape," a performance space designed specifically for Khalid and some special guests.

There will also be an event to launch a "Lost in Music" video series in New York in February.  Additionally, the "Odyssey" and "Dreamscape" experiences will travel to South by Southwest® (SXSW®) Conference & Festivals in Austin, TX from March 15th to 16th.

A new VR music video from Khalid will debut on March 15th at SXSW.  This video will utilize VR projection mapping technology from Sony Interactive Entertainment*, which realizes 360-degree stereoscopic images.  In the VR world, users will be able to interact with Khalid's music in entirely new ways.  The video will then be available on the PlayStation®Store from spring 2018 to be enjoyed on PlayStation®VR, the virtual reality system for PlayStation®4.
*Collaborative development with Aniplex Inc. and KAYAC Inc.

"Lost in Music" aims to deliver unique experiences combining technologies and music as only Sony can," said Midori Tomita, VP in charge of UX Business Development, Brand Strategy of Sony Corporation.  "We are thrilled to have this opportunity to work with Khalid, who was recently nominated for five GRAMMY Awards, including best new artist.  His unique talents are truly highlighted in this latest instalment of our "Lost in Music" brand campaign, and we are confident that music fans who experience either the concert events or the VR music video will be wowed."

"I am so excited to be featured in Sony's Lost in Music campaign for 2018.  I can't wait for the events in LA and Austin, it's going to be so awesome to connect with my fans through an experience unlike anything I've done before.  Plus, I get to show them an awesome new VR music video," said Khalid.

* Khalid is under the management of RCA Records, a subsidiary of Sony Music Entertainment.
* All product names mentioned here are trademarks or registered trademarks of Sony Corporation or of their respective owners.