Come Meet the One and Only aibo, Sony's Companion Robot, at Sony Square NYC

NEW YORK, Aug. 27, 2018 /PRNewswire/ -- Sony Square NYC is thrilled to announce that visitors to the showroom at 25 Madison Avenue are now able to meet and play with the newest member of the Sony family – aibo – the latest iteration of Sony's beloved robotic "puppy" companion. By combining cutting-edge robotics with unique Artificial Intelligence technology, aibo seeks to develop a friendship with its owner and to create cherished stories that will last a lifetime. 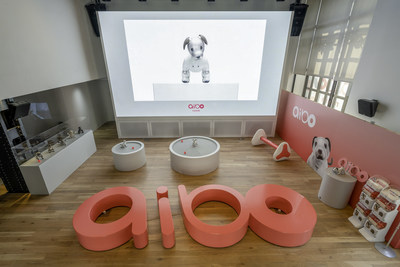 Sony Square NYC will be outfitted with two "puppy pens" in which aibo can sleep, play and explore its surroundings. Visitors will have the opportunity to interact with aibo, see a display featuring the evolution of this beloved robot companion, and even take selfies with aibo.

Look into its eyes and aibo will open a window into its feelings. The pup is truly one of a kind! Bursting with charm and infectious energy, aibo shows its love for its owners through lifelike expressions, movements and gestures in hundreds of adorable life-like behaviors. Its body language is expressed through a combination of eye, ear, and tail movements, as well as different voice sounds. Through words of praise, smiling, petting and more, an emotional bond will be formed. And, as it interacts with people over time, aibo's behavior slowly learns, changes and adapts in response to its unique environment.

To bring aibo to life, Sony developed a wide range of sensors, cameras and actuators. Ultra-compact 1- and 2-axis actuators give aibo's body the freedom to move along a total of 22 axes, with adaptable behavior made possible by deep learning AI technology in the form of inbuilt sensors that can detect and analyze sounds and images. In addition, two OLEDs are utilized for aibo's eyes and allow for diverse, nuanced expressions.

"We are thrilled to be able to unleash aibo at Sony Square NYC," said Steven Fuld, Senior Vice President, Marketing, Sony Corporation of America.  "Visitors to our showroom will be amazed by its lifelike expressions and dynamic array of movements. Bursting with life and energy, aibo is sure to become a beloved member of your family."

The dedicated aibo exhibit will be on display until October 14. Other exhibits and activities at Sony Square NYC include a camera-loan program where visitors can test out the latest and greatest Sony cameras, photographer-led photo walks of New York City, and an ever-changing array of Sony product demos. 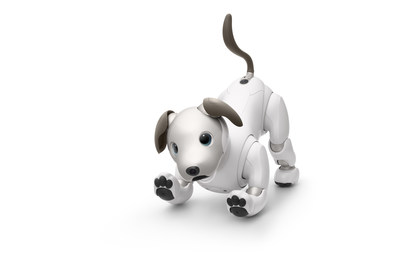