With the investment, TRUSTDOCK will accelerate its efforts to build a social infrastructure by offering digital identity that is compliant with laws and regulations in different industries, including the e-KYC requirements of Japan's new Anti-Money Laundering Act.

TRUSTDOCK is currently developing Japan's only Identity Verification & Digital ID app. It will enable the e-KYC processes defined in Japan's new Anti-Money Laundering Act (The Act on Prevention of Transfer of Criminal Proceeds), as well as official identity verification (by reading IC chip on the Individual Number Card), also included in the Act.

TRUSTDOCK has already developed and been managing the operation of an identity verification app using the Individual Number Card in the PoC, which is supervised by Ministry of Internal Affairs and Communications of Japan. It plans to promote the use of the Individual Number Card for identity verification for both government and private services, and contribute to the realization of digital society led by the government of Japan, outlined in the "Digital First Bill" and the "Digital Government Action Plan". 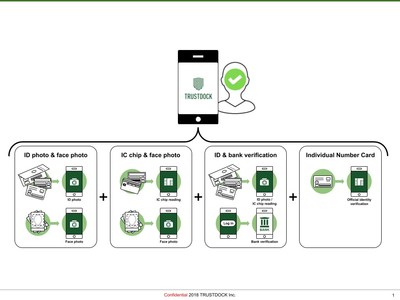 TRUSTDOCK is a KYC / identity verification specialist offering API solutions for all sorts of KYC & e-KYC related business processes. It will further strengthen its partnership with both Japanese and global partners to both accelerate development of API products and expand operations in other countries. 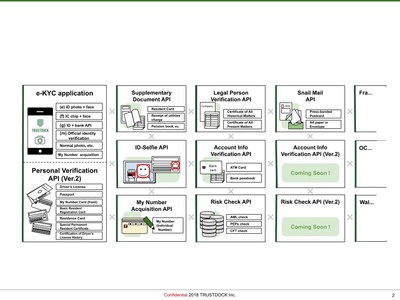 High expectation for digital ID in Japan from various industries 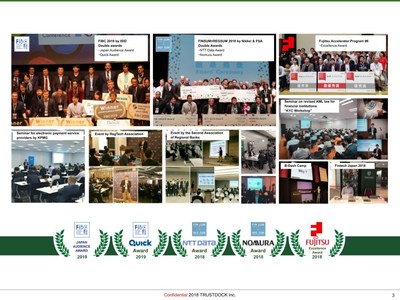 TRUSTDOCK has received enthusiastic welcomes at various FinTech & RegTech events in Japan as the only pure-play company that drives the full-digitalization of KYC/identity verification. Investors in the new round also place high expectations for its attempt to create infrastructure in the digital society.

"The question of how to secure individual identities in the post-digital era is both grand and profound.  I believe the TRUSTDOCK team is in a great position to achieve its goal of creating a digital identity infrastructure. I am proud to be part of their team and fully support them."

"We were TRUSTDOCK's first investor after its spin-out, and we have witnessed the company's significant growth – both in its business and in its team.  TRUSTDOCK is now growing even more as a KYC platform offering an infrastructure for wide range of services. I am glad that the company has gained new investors in this round to further accelerate its growth. We will continue to give our full support to the TRUSTDOCK team."

"We believe TRUSTDOCK is a startup that can offer 'well-grounded' solutions for large social issues surrounding KYC, such as preventing fraud and streamlining business operations to tackle labor shortages, with a hybrid model of technology and operational design capability. We expect TRUSTDOCK to drive the formation of an eKYC-related ecosystem and its societal implementation, which should lead to breakthrough customer experiences."

"We are very glad to be part of this financing round. We hope that the spread of TRUSTDOCK's service will lead to the establishment of eKYC as social infrastructure and help accelerate growth for FinTech companies. We will work together, not only with FinTech but also with various other companies, to realize a society where people will be freed from troublesome identity verification processes and be able to smoothly use any service."

"E-KYC is attracting more and more attention in Japan every day, following the revision of the Act on Prevention of Transfer of Criminal Proceeds in last November. We started investing in TRUSTDOCK in the last round, and decided to continue our support in this round also, as they have been able to steadily expand their service while working within the various laws that have recently been passed. E-KYC is one of the most important areas in the financial industry and, as a bank-affiliated venture capital fund, we are pleased to continue supporting the growth of TRUSTDOCK."

"TRUSTDOCK has a great team that is excellent in planning and designing products. The company has steadily grown since the last capital increase, tackling the revision of laws and regulations head-on as a RegTech venture company. As every service is going online, KYC in non-face-to-face transactions is becoming more and more important. In the sphere of FinTech, which has been gathering momentum,  compliance with laws and high ethical standards are required along with the ability to innovate."

KYC as a Service "TRUSTDOCK"

With TRUSTDOCK, service providers can conduct identity verification at a low cost without having to develop an identity verification management screen, recruit and train operators, or manage 24/7 work shifts. Any company with an ID service or platform with online member registration, or with existing customer databases, can use the service irrespective of business category or size. TRUSTDOCK can provide "identity proof" for each individual user in a full-digital and law-compliant manner by only embedding API in the system.

As TRUSTDOCK has various independent APIs ready, a service provider can execute an applicable API as needed depending on the workflow, for example, upon transaction when detecting fraud, periodical customer data update, upon activation of dormant account, let alone the time of new account opening.

TRUSTDOCK has also developed a digital ID app "TRUSTDOCK", that fully realizes online identity verification without having to use snail mail for address verification according to the revision of the Criminal Proceeds Act. We will keep contributing to the digital society both inside and outside of Japan, as a KYC platform that is securely linked with digital ID app via APIs. 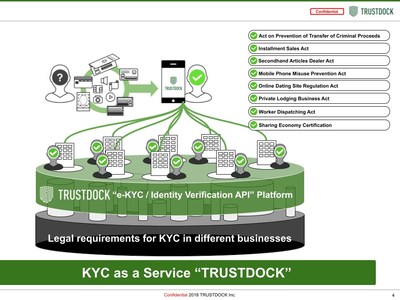