NEW TOUR DATES ANNOUNCED THROUGH MAY 2020

NEW YORK, Aug. 27, 2019 /PRNewswire/ -- Known for releasing incredibly original instrumental covers with stunning visual companions, THE PIANO GUYS today debut a new video for their rendition of Lewis Capaldi's breakout hit single "Someone You Loved."  Arriving just days after the track's official audio release, the video features World of Dance finalists Charity Anderson and Andres Peñate, who bring to life the song's emotions through their incredible choreography.  Inspired by the song's stirring lyricism, The Piano Guys tapped Charity and Andres to be featured in the video, utilizing their connection as a couple and the emotive storytelling power of movement and dance to fully express the poignancy of "Someone You Loved" – watch here.

"We had complete faith in these two artists to tell the story that needed to be told," says Steven Sharp Nelson of The Piano Guys.  "As it turns out, Andres is likely going to be leaving for two years to serve a full-time mission for his church. Charity is supporting him in this, but the two are experiencing intense, bittersweet feelings regarding their impending partnership's hiatus. This is the story they told in dance to our music—a story of sadness, of support, of joy, of unity, of strength, of longing, and of unconditional love. The mastery in their choreography is unmatched and has the power to stir up tender feelings for someone you loved."

Since formally introducing themselves in 2011 on YouTube, THE PIANO GUYS – Steven Sharp Nelson, Jon Schmidt, Al Van der Beek and Paul Anderson – unassumingly arrived as a musical phenomenon. Over the course of five studio records, two Christmas releases, and a fan favorite live album, they have impressively tallied 2.6 billion-plus global streams, clocked upwards of 1.7 billion YouTube views, earned six No. 1 debuts on the Billboard Top Classical Albums Chart, sold out concerts in almost every corner of the world, averaged nearly 2 million monthly listeners on Spotify, and attracted a diehard audience. Not to mention, they've appeared in The New York Times, Fast Company, BuzzFeed, Mashable, and People, were featured on CBS Sunday Morning and performed on the TODAY Show, Good Morning America and The Tonight Show.

THE PIANO GUYS – SOMEONE YOU LOVED
LISTEN: http://thepianoguys.lnk.to/SomeoneYouLovedPR
YOUTUBE: https://youtu.be/qMG1BXo8Asg

**FOR THE LATEST IN TOURING NEWS AND TICKETING INFORMATION, CLICK HERE** 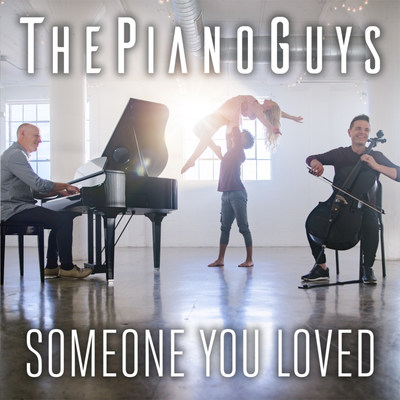