NEW YORK, Oct. 21, 2019 /PRNewswire/ -- Sony/ATV Music Publishing today announced the appointment of Dana Baxter as Senior Vice President, Corporate Communications, effective November 1.  In this role, she will lead all global communications strategies to further advance Sony/ATV's evolution and mission of putting songwriters first.  She will report to Jon Platt, Chairman and CEO of Sony/ATV and will be based at the Company's headquarters in New York City. 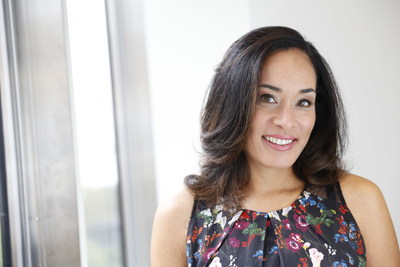 "I am so pleased to have Dana join our senior leadership team at Sony/ATV," said Mr. Platt.  "Dana's talent drive and broad scope of experience make her an ideal fit for my vision of the future of our Company.  Much of Dana's career has been spent developing innovative and impactful ways to attract and engage diverse audiences, and I look forward to working closely with her on a number of initiatives."

"I am deeply inspired by Jon's vision for  Sony/ATV and am eager to join him in shaping a modern narrative that aligns with the company's goals," said Ms. Baxter. "As a best-in-class music publisher, Sony/ATV represents a full circle opportunity for me to collaborate with a terrific leadership team focused on achieving a new industry standard of songwriter representation."

With over 20 years of experience in both the media and entertainment industries, Ms. Baxter joins Sony/ATV from ESSENCE, where she most recently served as Vice President, Communications and Influencer Relations.  In that role, she was instrumental in developing the annual ESSENCE Festival into one of the country's most popular, influential and successful music and cultural events.

She also served as Vice President at Time Inc., where she directed communications strategy, brand positioning and crisis management for powerhouse brands including ESSENCE, InStyle, People en Español, and Travel + Leisure. Prior to Time Inc., she was a principal at DIME Media Inc., a boutique marketing and communications firm she co-founded.  Dana began her career at Viacom's MTV Networks and transitioned from there to Director of Media & Artist Relations at PolyGram/Universal Music Group.

Dana holds a B.S. in Economics from the Wharton School of Business at the University of Pennsylvania, and an MBA from Columbia University.