NEW YORK, Nov. 19, 2019 /PRNewswire/ -- Acclaimed actress, singer and author Lea Michele today debuts a new music video for "Christmas in New York," an original track from her first-ever holiday album Christmas in The City.  The visual finds Lea in the middle of a New York City winter wonderland, with Lea herself delivering the magic of the holidays in true New York style.  With iconic shots of the Empire State Building, Central Park and the ice skating rink at Rockefeller Center, the visual captures the unique magic of the city's holiday spirit and is the perfect companion to Lea's original track – watch here.

Lea will continue to usher in the holiday season through December, performing at the both the Macy's Thanksgiving Day Parade as well as the 2019 Christmas in Rockefeller Center event.  It's the start of what is sure to be a massive Christmas for the actress and singer, who also stars in ABC's upcoming holiday movie Same Time, Next Christmas, set to air Thursday, December 5 at 9:00 – 11:00 PM EST on ABC.

Lea has set a series of live performance dates in New York City, Lea Michele – Christmas in NYC – Live in Concert, bringing her first-ever Christmas album to fans for three back-to-back shows at The Concert Hall at New York Society for Ethical Culture beginning Thursday, December 19. Tickets are available to the public now via Eventbrite.com.  VIP Packages are available through VIPNation.com, including pre-show photo ops, premium seats and more.

ABOUT LEA MICHELE
Since making her Broadway debut at just eight years old in Les Misérables, Lea Michele has continued to be a powerhouse on both stage and screen as well as a chart-topping solo artist and New York Times bestselling author.  Following her critically acclaimed performance as "Wendla" in the Tony Award-winning Broadway production of Spring Awakening, she made her television debut as perfectionist firecracker "Rachel Berry" on Ryan Murphy's critically acclaimed, award-winning musical series Glee.  The breakout role earned the actress both a Teen's Choice Award and People's Choice Award, as well as Emmy and Golden Globe nominations.  Lea's love for music has always been a focus point in her career, signing to Columbia Records and making her solo album debut with 2014's Louder, which notched a Top 5 position on the Billboard 200 chart upon its release.  Lea added best-selling author to her resume that same year, releasing her first book entitled "Brunette Ambition," which quickly became a New York Times Best Seller.  She released her second book, "You First," the following year.  In 2017, she released her sophomore album Places and hit the road for a series of sold-out North American tour dates as well as a co-headlining slot on the LM/DC Tour alongside fellow Glee alum Darren Criss. 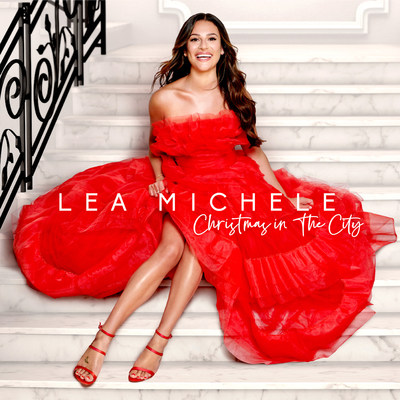